Cities and Buildings in the Climate Crisis 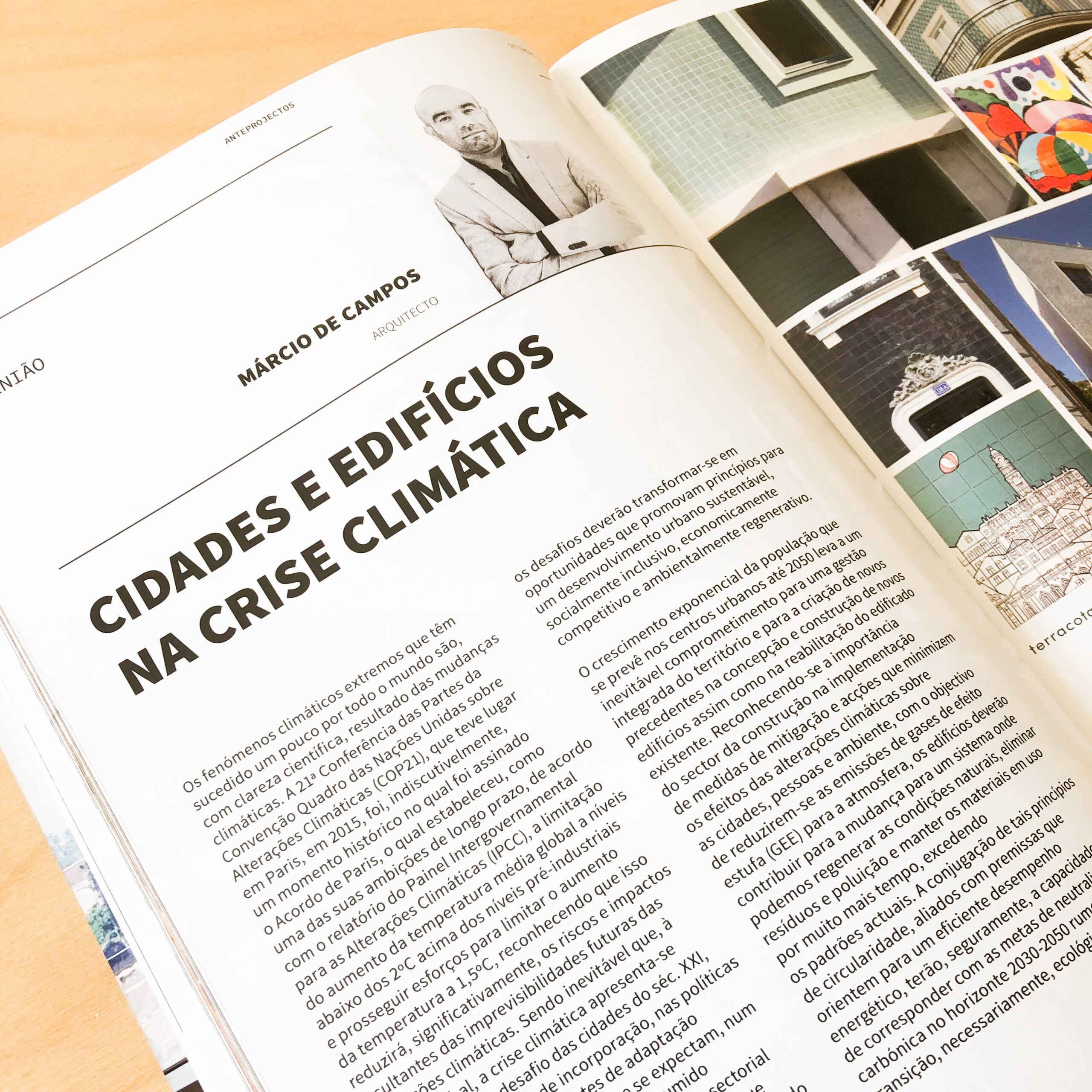 Contributing to the reflection on the future of cities and buildings in the climate crisis, an opinion article was recently published, in the September issue of Anteprojectos magazine, that seeks to alert to the importance of new strategies and principles of eco-design and circularity in planning and construction processes.

“The extreme climatic phenomena that have happened all over the world are, with scientific clarity, the result of climate change. The 21st Conference of the Parties of the United Nations Framework Convention on Climate Change (COP21), which took place in Paris in 2015, was indisputably a historic moment in which the Paris Agreement was signed, which it established as one of the its long-term ambitions, according to the report made by the Intergovernmental Panel on Climate Change (IPCC), the limitation of the increase of global average temperature to levels below 2°C above pre-industrial levels and to continue efforts to limit the rise in temperature at 1.5ºC, recognizing that this will significantly reduce the risks and impacts resulting from future unpredictability of climate change. It is inevitable that, on a global scale, the climate crisis presents itself as the biggest challenge of the cities of the 21st century. It will be need the incorporation, in urban policies, urgent measures of adaptation and mitigation to the expected changes, in a commitment that should be assumed and shared in a multisectorial and multidimensional perspective. In the current context that characterizes the contemporary world, caused by an environment of vulnerability in territories and in the built environment, the challenges must be transformed into opportunities that promote principles for a sustainable urban development – socially inclusive, economically competitive and environmentally regenerative.
The exponential growth of the population that is expected in urban centers until 2050 leads to an inevitable commitment to an integrated management of the territory and to the creation of new precedents in the design and construction of new buildings, as well as in the rehabilitation of existing buildings. Recognizing the importance of the construction sector in the implementation of mitigation measures and actions that minimize the effects of climate change on cities, people and the environment, with the aim of reducing greenhouse gas (GHG) emissions to the atmosphere, buildings should contribute to the shift to a system where we can regenerate natural conditions, eliminate waste and pollution, and keep materials in use much longer, exceeding current standards. The combination of such circularity principles, allied with premises that guide towards an efficient energy performance, will certainly have the capacity to correspond with the carbon neutrality goals in the 2030-2050 horizon towards a necessarily ecological transition”.